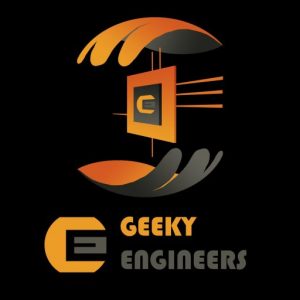 1.3 billion years ago in a distant, distant galaxy two black holes locked into a spiral and collided with each other converting 3 worth suns of energy in 10th of a second. For that brief moment in time the glow was brighter than all the stars in all the galaxies in the entire known universe. This much release of energy in the form of light is pumped in to the fabric of time and space itself, making universe explode in gravitational waves. To hear these ripples from gravitational waves needed the most sensitive instrument on Earth that was conceptualized nearly 5 decade ago by Rainer Weiss and Kip Thorne. After that they finally got approval for funding in 1994 by the NSF (National Science Foundation), and its Construction completed in 1997 and the detectors started working in 2002. From 2002–10 the detectors failed to detect any Gravitational waves. Then scientists thought that the detector might need to be upgraded and they start working on this. Detectors were finally upgraded from 2010–15 .At last they constructed new and more sensitive detectors called the Advanced-LIGO that detected the first Gravitational wave GW150814.

What is LIGO and how its work:

The LIGO (Laser Interferometer Gravitational-Wave Observatory) is a physics observatory which is used to detect and observe the gravitational waves. It mainly consists of two detectors which are situated 1,865 miles (3,002 kilometers) apart in isolated regions in the states of Washington and Louisiana. Each L-shaped facility has two arms which are at right angles to each other and running 2.5 miles (4 kilometers) from a central building. Lasers are beamed down each arm, and mirrors bounce back, essentially acting as an arm ruler. Sensitive detectors can tell whether the length of a LIGO detector’s arms varies by as little as 1/10,000 of a proton’s width, representing the incredibly small scale of the effects of gravitational waves. LIGO has two observatories to act as a check on the other to rule out that potential gravitational wave signal detection is not caused by local, terrestrial disturbance; both facilities will almost simultaneously detect a true gravitational wave moving at light speed. Although the twin LIGO facilities act as a single observatory, in the conventional sense they are not designed for “observation”. Rather than eyes, the facilities can be considered more as “ears” tuning in for gravitational waves, or even as a skin attempting to “feel” the movement. On September 14th just days after the detector had gone live, the gravitational waves from those colliding black holes pass through the earth and also detect by the detector .

What gravitational waves are?

Gravitational waves are the ripple in shape of space and time. As the wave passes by it stretches everything in it in one direction and compresses in the other. The trouble with these waves is that they are very week. For example the gravitational waves that hit us on September 14th those waves stretch and compress each and everything by (1*10^-21).

In conclusion, we will never be able to commercialize or weaponries gravitational wave themselves. However, they will carry information to us about some of the most extreme environments in the Universe. This information can reveal to us progressively about how the material science around us functions in unpretentious ways that can have significant ramifications. What those are yet to be seen. That is the energizing thing about science; we never truly know the maximum capacity of new revelations until sometime later.

What is a Discharge Lamp: Design and Working

What Skills Should an Electrical Engineer Have in 2021?