How to test ECU with Multimeter? 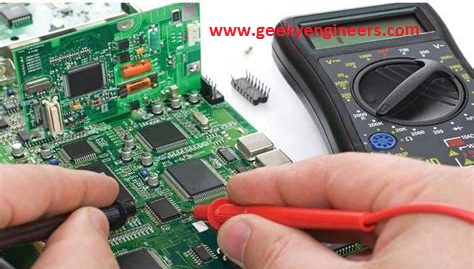 As an affiliate, we may earn a commission from qualifying purchases. We get commissions for purchases made through links on this website from Amazon.

Are you struggling with cold morning car starting problems until it warms up? Well, that’s not only you many peoples are having a problem with ECU. But you don’t need to worry about anything because In this article I will write on how do you diagnose it using a multimeter?

What is ECU on Car?

ECU stands for Engine Control Unit. It is commonly known as the engine control module. ECU has many functionalities like controlling a series of actuators on an internal combustion engine to enhance optimal engine performance, reading data from sensors, interpreting the data using performance maps, and adjusting the engine actuators. Other functionalities include

Modern Engine Control Units used ECUs with microprocessors. The best thing about ECU is, it is made up of hardware and software components. The hardware of ECU’s has electronic fittings on a ceramic substrate and circuit board. The circuit board has a microcontroller or microprocessor that has the software. The software can be updated by reprogramming. By updating the code, the functionalities of the Engine Control Unit will be improved. Besides Engine Management, it will help in transmission control, anti-theft control, anti-skid brake control, and cruise control, etc.

What is a Multimeter?

A multimeter is a tool for measuring electrical quantities like resistance, voltage, and current. All these meters (ohmmeter, voltmeter, and ammeter) that measures those quantities are combined to a single meter is known as multimeters. There are two types of multimeters:

Analog multimeters work on the principle of moving coil meters. These meters use the deflection of an indicator needle to indicate the level of the measurement on an analog display.

Digital multimeter is used to measure two or more electrical values like voltage (volts), current (amps) and resistance (ohms). Because of digital display its easier to read and chances of error will be less.

How to use a multimeter?

A  multimeter has three important sections

Display is used to display the measurements or data.

Selection knob is used to selects what you want to measure. You can measure electrical quantities on multimeter by rotating the knob and move to the symbol want to measure.

In Ports probes will be plugged in. There are four ports in fluke multimeter

How to test ECU with Multimeter?

Check for all the components of ECU, if they are properly fixed.

Take a multimeter and use the current breaker or fuse with one of the leads. This will increase the safety level of multimeter

Find the setting that sits at 1 with probes apart then drops to 0 when they touch, or better yet the setting that beeps when you touch the tips if you have this feature! then got from each pin on the ECU to the relevant pins on the other end of the loom, this checks each wire for continuity

Then switch it to the voltage test mode put the negative probe on the battery negative then test these 2 pins:
1 – red/green – cranking live
14 – black/yellow – ignition live
While checking the overall condition of the wiring, look for black tape, dirty earth points, and check all the pins inside the plugs to ensure they’re not pushed back or bent. Don’t forget to peel the rubber boots back on the plugs to see the condition of the wires underneath.

How do you know if your ECU is bad?

Here are the most common symptoms of a bad ECU:

After reading this article “How to test ECU with Multimeter? ” you will be able to check the ECU of your car. We have tried to cover each aspect of the ECU and will look for more and try to add those in the next update. Have you checked your car ECU? Let us know in the comments section below.

How To Test Electric Fence With Multimeter?