How to Test a 5 pin relay with a Multimeter? 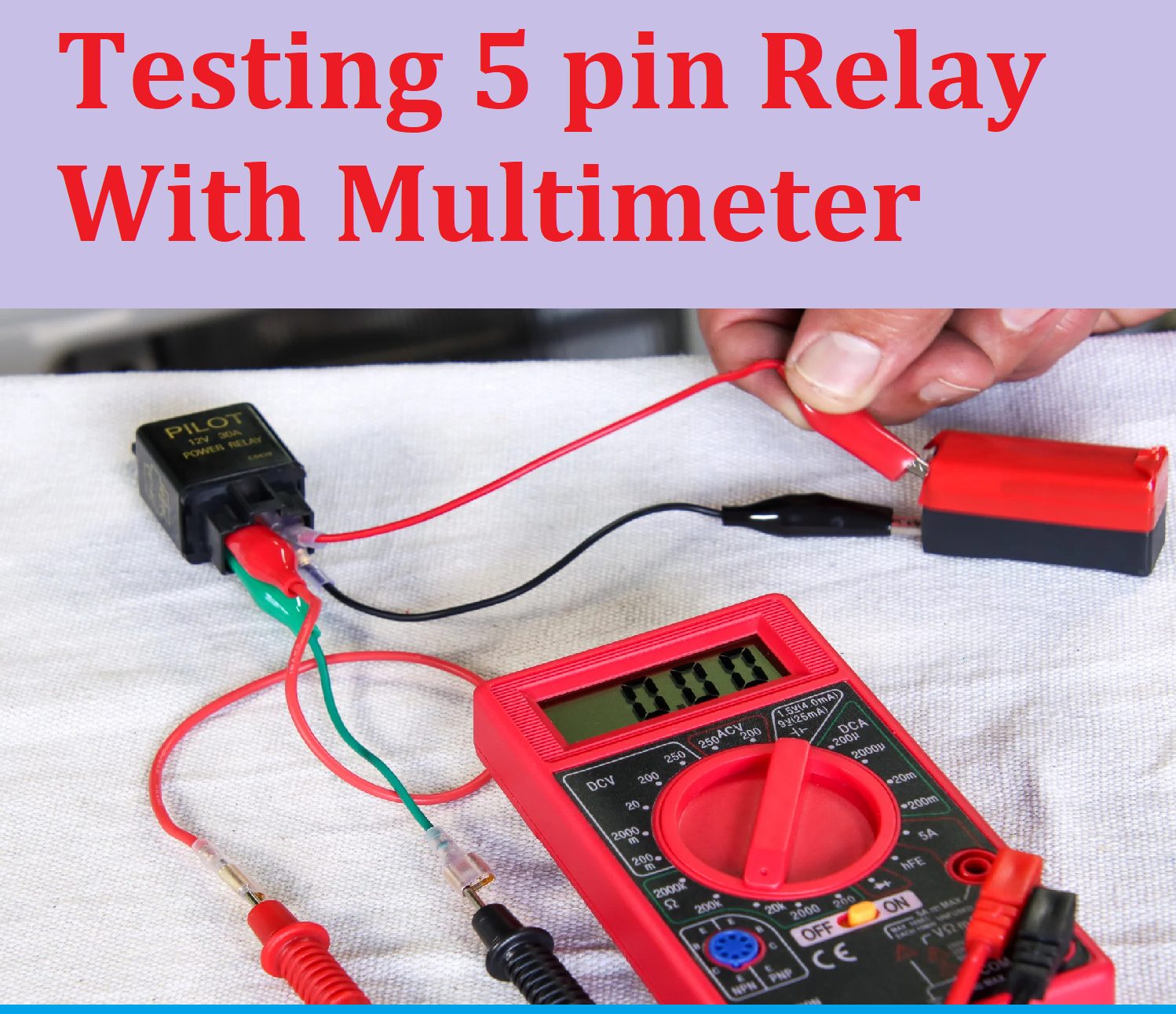 Relay is the most used component for controlling in car and other machines. If your device is not working properly there are chances of fault in relay. For that you might will hire a electrician and this will cost you some dollars. But you don’t have to worry about any thing because In this article I will show How to Test a 5 pin relay with a Multimeter.

Before we get in to the topic first of all we will discuss a little about relay and multimeter.

Relay is an electronic device installed in the electrical system of machines and different vehicles. The function of relay is to allow a low current circuit to control one or more loops of higher current. Also, It isolates the high voltage circuits and protects the small current circuit by bringing in an electromagnetic coil to control the course.

How to Test Continuity without a multimeter?

What is a multimeter?

A Multimeter is a tool for measuring electrical quantities like resistance, voltage, and current. All these meters (ohmmeter, voltmeter, and ammeter) that measures those quantities are combined to a single meter is known as multimeters. There are two types of multimeters:

Analog multimeters work on the principle of moving coil meters. These meters use the deflection of an indicator needle to indicate the level of the measurement on an analog display.

Digital multimeter is used to measure two or more electrical values like voltage (volts), current (amps) and resistance (ohms). Because of digital display its easier to read and chances of error will be less.

How To Test a 5 pin Relay with multimeter?

The usage of pins of 5-pin relay are

The three pins have both NO (normally open) and NC (normally closed) connection pins. While the two pins that control the coil activates. There are following steps involved to test a relay to see if it is bad.

Now, Adjust multimeter knob to ohmmeter settings and connect both probes to it. As polarity doesn’t matter in case of resistance so we can use any probe at any point. Now note the resistance on screen.

Keep in mind the coil is not repairable, so replacing is only option. This is the most important step in testing a car relay with multimeter.

How to check earthing with multimeter?

As we are done with coil testing, now its time to test the resistance between the terminal of relay. The terminal of the relay are

For testing of the normally open terminal follow these steps

For testing of the normally closed terminal follow these steps

On 5 pin relay the common terminals is labeled as 85 and 86.There should be very low resistance between the two terminals.
These steps should be followed for the testing of the normally closed terminal

Relays are complex unlike other instruments like fuse. Fault detection is difficult in case of relay.

This article has guided you in detail on “How to Test a 5 pin relay with a Multimeter?”. I am sure now you can test on the 5-pin relay with multimeter. we have tried to cover each aspect of relay testing using Multimeter and look for more and tried to cover that in next update. Do you have any question? Let us know in the comment section below

How To Test Electric Fence With Multimeter?

One thought on “How to Test a 5 pin relay with a Multimeter?”